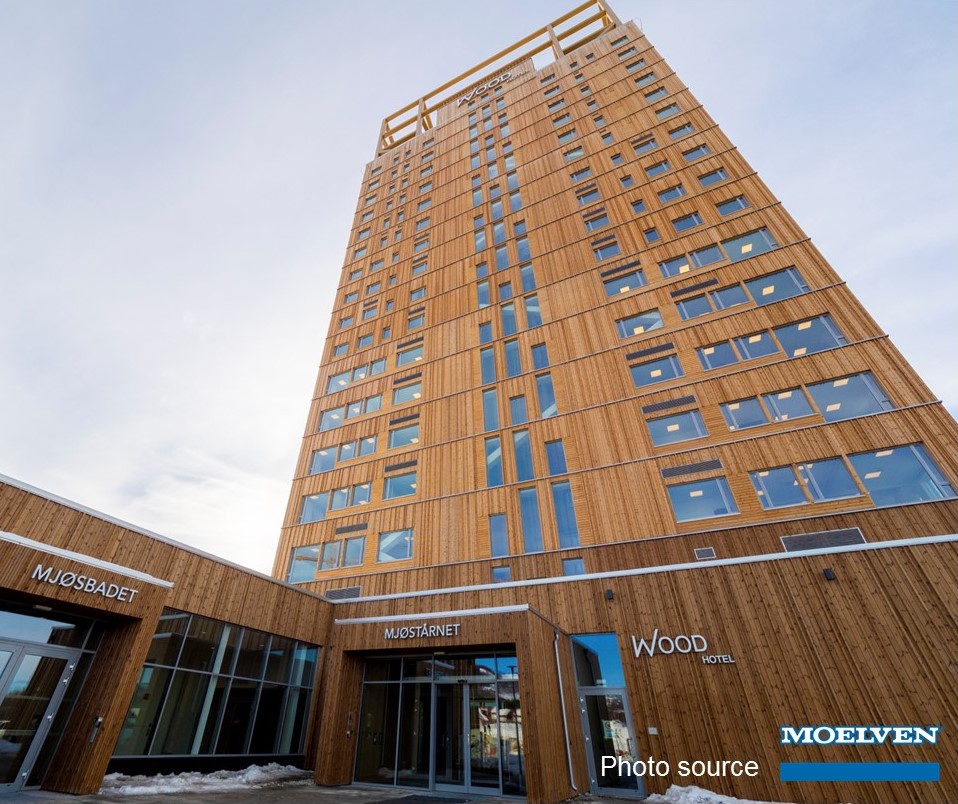 The beginning of the 20th century was a very exciting time for builders and architects as they witnessed the birth of steel and concrete structures. The ingenious mix of these two components made it possible to build much higher than ever before, and that eventually led to the construction of skyscrapers. Wood as a building material seemed like a thing of the past. More than 100 years later, however, architects are once again thinking about using wood as their main building material. There are already apartment blocks built entirely of cross-laminated timber, and some ambitious companies are preparing blueprints for the first wooden skyscraper.

Turning towards wood might seem like a weird idea, to say the least. Why reintroduce something that burns and easily breaks? Isn’t that the reason why we moved on to concrete and steel? That is true to some extent since regular timber is neither malleable (unlike steel or concrete) nor strong enough to build high-rises.

But cross-laminated timber (CLT) is a whole different case – it’s a very sturdy material which consists of layered wooden pieces glued in alternating directions at 90-degree angles. This results in a tight-knit, self-extinguishing compound which is light and is even comparable in strength to concrete and steel. Some additional reinforcement is also given by the carbon dioxide that is locked into the timber. 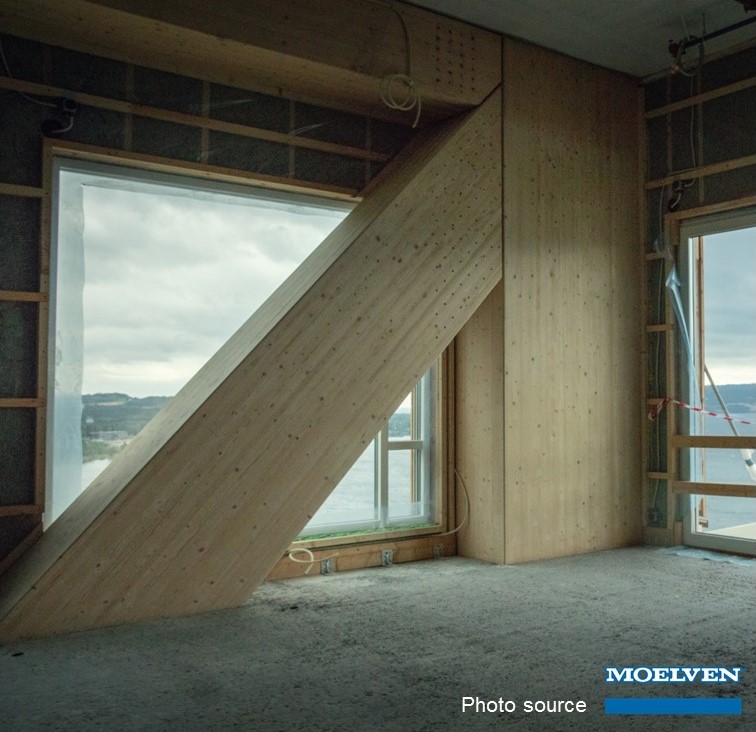 What is more, CLT is an environmentally friendly building alternative. Some investigations have shown that in making 1 cubic meter of concrete, 700 kg of CO2 is released into the air, which is no surprise knowing how much machinery is used in factories and at building sites. Wood does the opposite, absorbing 900 kg of CO2 for every cubic metre during its growth. Basically, using wood to construct a 125-metre skyscraper could reduce the building’s carbon footprint by up to 75%.

One of the best things about building with CLT is that it’s lighter than concrete, which makes for easier production, transportation, and construction. Once the blocks are on site, it’s only a matter of assembling them, meaning that workers can expect to build a whole floor within a week. On the other hand, there is lots of repetitive work involved in designing CLT buildings. Creating cross-laminated timber floors, roof slabs, and wall panels can eat up a lot of time – that’s why AGACAD offers an easy way out by automating some of your tasks. 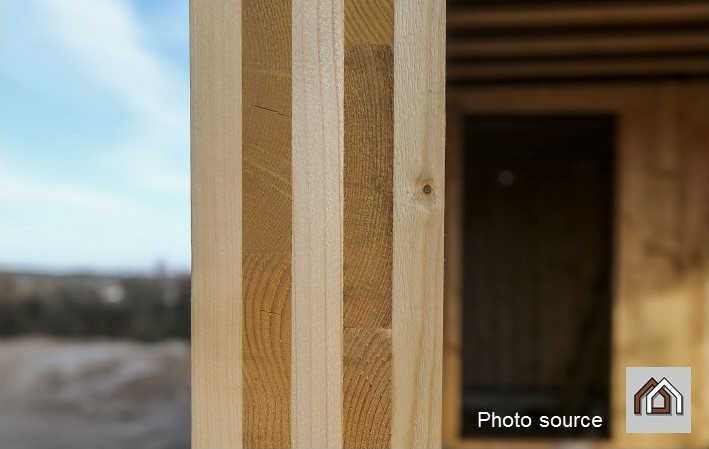 Wood Framing CLT is a Revit software solution that automatically shapes a variety of CLT elements within a building. The software has numerous features for automatic element placement and adjustment; automatic creation of views, schedules, and shop drawings; and export options for a variety of CNC machines and production lines. The package is powerful enough to handle large-scale projects, so architects and engineers can expect to design a timber skyscraper without breaking a sweat. You will utilize more features when building a high-rise, which will definitely speed up the process and offer you more possibilities. Wood Framing CLT is handy and elegant software that is sure to eliminate a few weeks of work while also giving architects and engineers more creative space.

A wooden skyscraper – dream or reality? 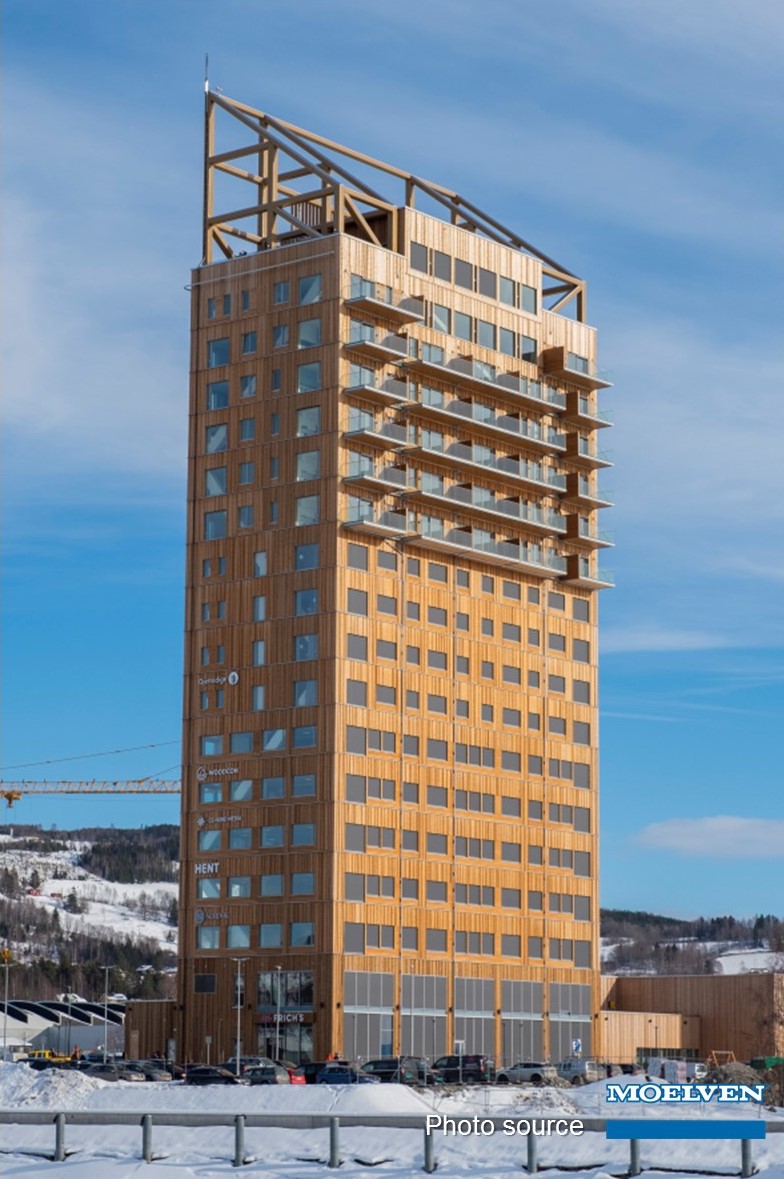 Some architects are very passionate about the prospect of building timber skyscrapers. For example, Michael Ramage’s research centre in Cambridge has proposed a concept design for a 300-metre tower that could be built on top of one of London’s most iconic concrete structures – the Barbican.

For the moment, a 300-metre timber tower sounds like a very ambitious project, because even building smaller CLT structures is impossible in the UK due to a ban on combustible cladding materials. Architects now have to convince the government and society that the material is slow-burning and self-extinguishing without releasing toxic fumes.

Scandinavians, meanwhile, are embracing CLT with open arms. Mjøstårnet in Brumunddal, Norway, is the world’s tallest wooden building. The 85.4-metre tower took that title from the Brock Commons Tallwood House in Vancouver which has a hybrid wood and concrete structure and towers to a height of 53 metres. Norway is also proud to have a 49-metre high wooden apartment building (which used to be the tallest all-timber building until Mjøstårnet was completed in March 2019). And it seems Scandinavia isn’t going to limit itself to just building lone structures: Anders Berensson Architects has developed a proposal for a city of 31 wooden skyscrapers for Stockholm. 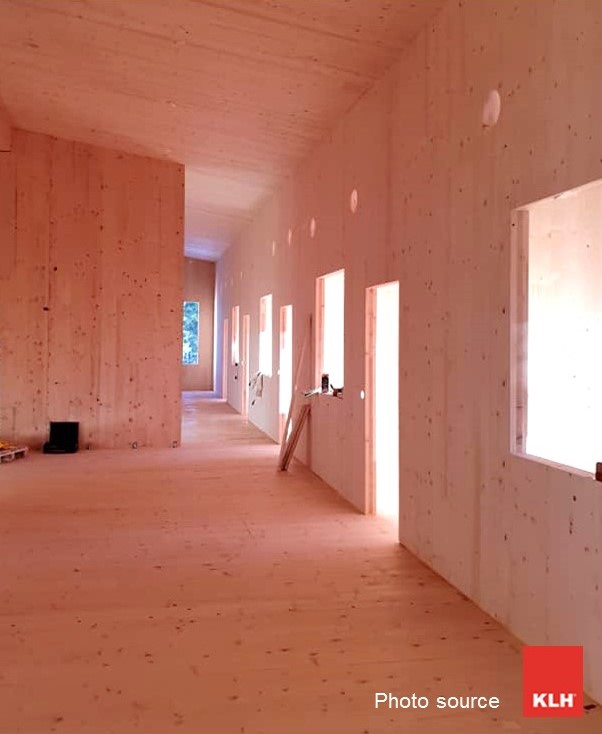 At this point, though, it looks like Japan will succeed in building the first real timber skyscraper. In general, Japan is a lot more open when it comes to CLT structures and so is its legislature – the construction of timber buildings was given a boost in 2010 with the adoption of the Act for Promotion of Use of Wood in Public Buildings. In that context, Sumitomo Forestry has revealed plans for the world’s tallest wooden building in Tokyo, a 350-metre skyscraper that would also be the country’s highest. They’re proposing the 70-storey hybrid timber skyscraper to mark the company’s 350th anniversary in 2041. Timber is expected to make up 90 percent of its structure, with 185,000 cubic metres of wood planned to be used in its construction.

As is often the case with innovation, people tend to fear making mistakes by accepting something new. CLT is a very promising building material that could dramatically change the way we look at housing – and save the planet while we’re at it. The main challenge for the future is to convince people that CLT is completely safe while also finding a way to keep construction costs low. 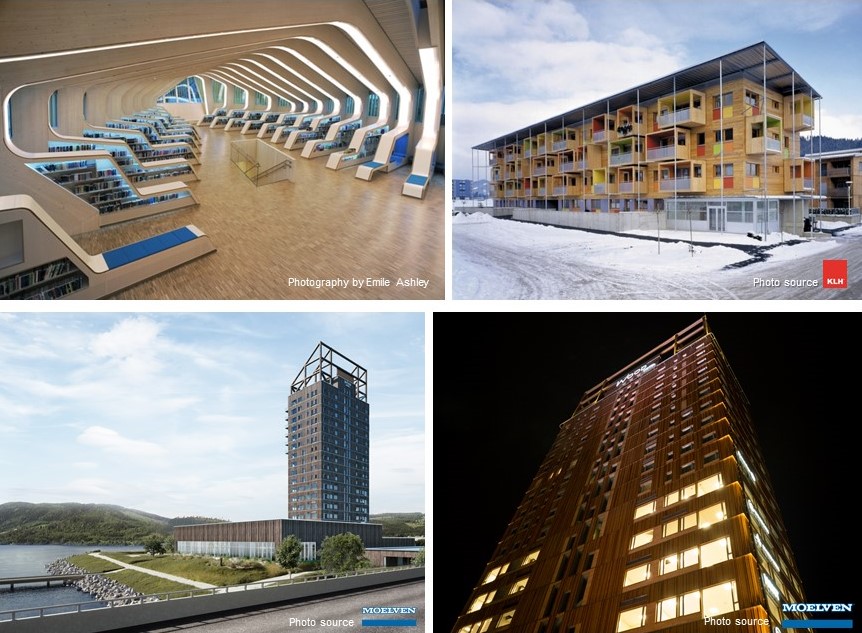