As you can see in the illustration below, a few more openig types were added, beside Windows and Doors, you can now predefine rules for Generic Openings and System Openings (the ones that are created while editing walls’ profile) as well. 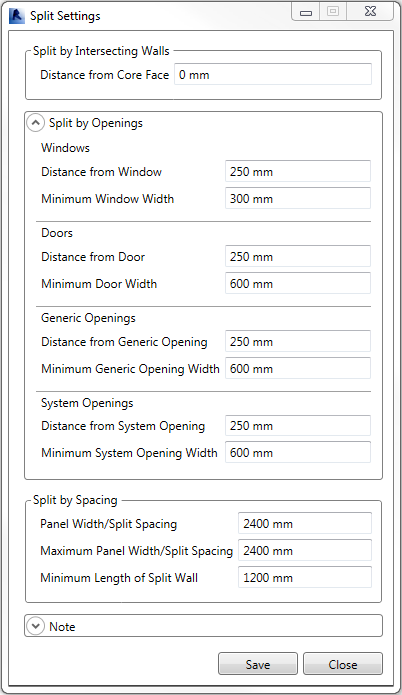 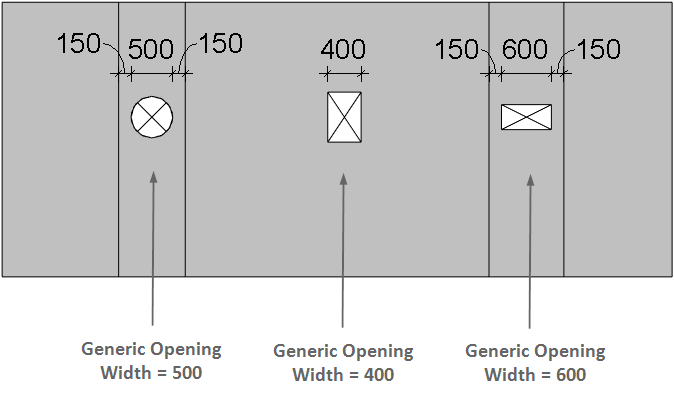 Functions that are listed below “Split from Openings” (“Split selected by Maximum Spacing”, “Split selected from Start”, etc.) will split according to predefined settings in “Split Settings” dialog window, andopenings will have no impact on the split layout. So if a split will overlap with an opening which width is less than minimal, the tool will split directly through them (does not apply to System Openings).

Note: After initiating splitting, it may be determined that one or more gaps overlap with families’ insertion point(s), therefore such families would no longer have a wall as their host. In this case, you will be asked to change your configuration in Split Settings or move such openings, so they have a host (wall) after splitting. 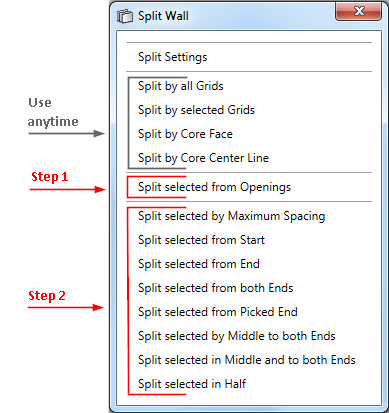 Step 1 – walls are “Split by Openings” that exceed Minimum Width, which is configured in the “Split Settings” dialog.
Step 2 – walls with openings which width are less than Minimum or no openings at all, are split by user chosen function (“Split selected by Maximum Spacing”, “Split selected from Start”, etc.)

Go ahead and try this enhanced Smart Walls tool for Revit!