Visitors to the legendary Crystal Palace, built in London for the Great Exhibition of 1851, were said to be awed by its unprecedented expanses of glass – 900,000 square feet of it (84,000 square metres). So much natural light. So spacious. Such openness to the surrounding Hyde Park, including three large elm trees left standing inside.

And that stunning result was achieved on time – with design and construction completed in under a year, and on budget – at a third of the cost of a prior plan for the facility. Key to such success was the use of the curtain wall – a non-load-bearing skin for a structure. As a façade system, curtain walls became viable as structural advances freed exterior walls of the need to bear big loads. Historically they were chosen mainly for aesthetics, but they have proven to enable performance gains too.

Indeed, curtain walls today are an important sub-sector of the façade industry with an annual value of over $30 billion globally, which market researchers forecast will double in the next decade.

Growth is being driven by: 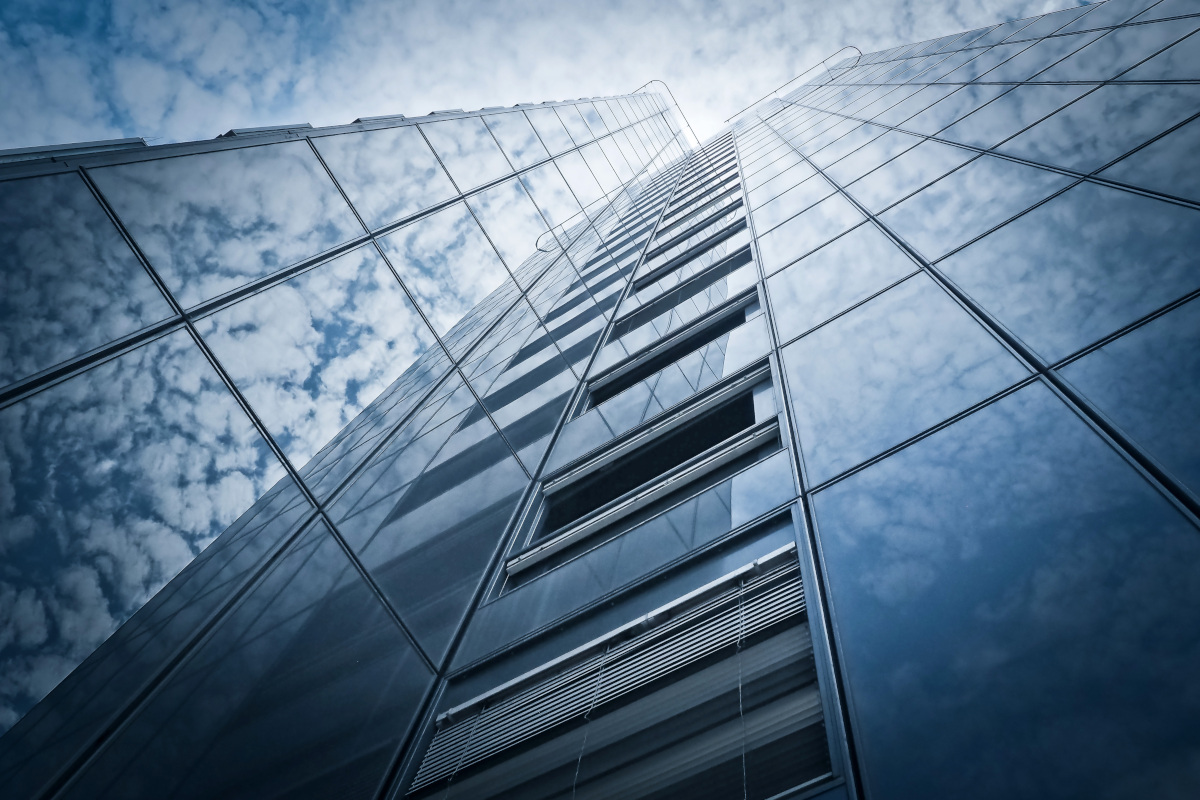 More than just a pretty face

Facades both set the tone for a building and play important engineering roles. Curtain walls certainly favour beauty, making it easier to use a building as a canvas for architectural expression – like with the new possibilities for space and light in the 19th century. In the 20th century, efficiency came to the fore with unitized curtain walls comprising panels made at a factory and just assembled on site.

The 21st century, meanwhile, has so far put the stress on reducing environmental impact and climate change, although human well-being in a broad sense is getting more and more attention. Mic Patterson of the Façade Tectonics Institute sees “a steady progressive shift to human experience and comfort as the dominant performance criteria” for curtain walls. “Considerations of daylight, fresh air, view and a connection with nature are being layered over the existing drivers of energy and thermal performance,” he writes, citing systems that are becoming more dynamic and interactive.

While the walls of the Crystal Palace were iron and glass, curtain walls today are typically aluminum frames infilled with cladding of glazing, metal, or stone. Connected to a building’s floors or columns, they don’t carry the structure but do serve to help keep out air and water, reduce sway, and transfer wind and gravity loads to keep the structure stable. Materials are thus chosen not only for appearance, but also for properties like thermal efficiency, insulation (air, moisture, sound), and fire resistance.

Not all curtain walls are equal

Among the ways to install a curtain wall structure, some are better, faster, and more cost-effective.

Unitized curtain walls, as factory-assembled frames, reduce installation time and cost but cost more for shipping and storage and may need to be pre-ordered well in advance, causing potential delays. The alternative, “stick” curtain walls, where components are put together in the field, take much longer to install on site and lack the type of quality control a factory offers. But the stick system can still be best overall for smaller, low-rise structures, and in fact makes up about a quarter of the market. 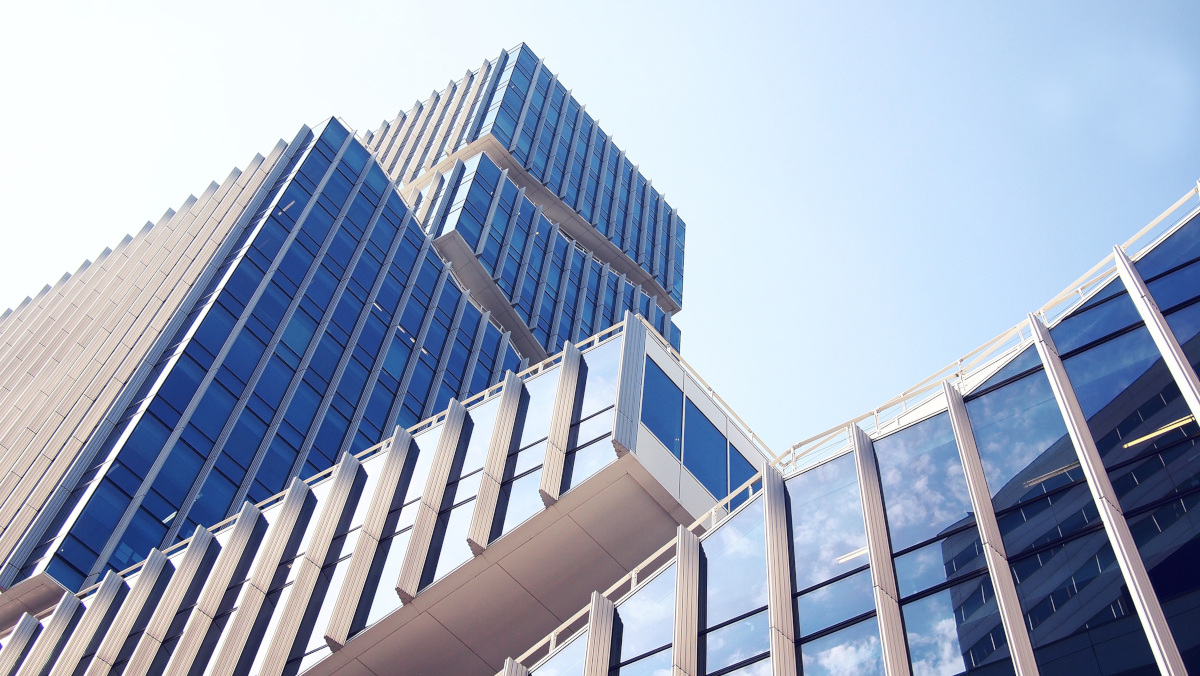 Maintenance costs are another consideration. For instance, some materials are more prone to rust or stains that may impair performance or appearance, and different types of insulating sealants may need to be replaced more or less frequently.

Meanwhile, active R&D is resulting in abundant innovations. Sustainability is becoming an industry norm. Factories are learning to combine the benefits of standardised production with some degree of customisation. The list of possible infill materials is growing, as is the maximum size of glass lites, and capabilities for handling geometric complexity in facades.

Dynamic systems are developing that interact with and automatically respond to environmental conditions, to ensure energy efficiency and comfort for example, with technologies such as nano-coatings, electronic tinting, and solar generation. Among new technologies whose use in curtain walls could be truly revolutionary is photovoltaic glass – transparent solar panels that can literally generate electricity from windows. They could potentially replace all traditional glazing panels. Imagine that. 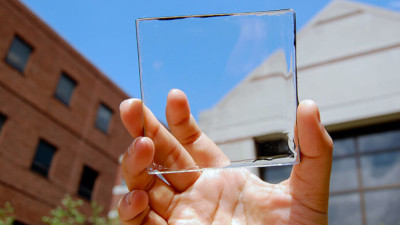 Such collaboration and integration, which boosts efficiency and reduces risk, has been made possible by the adoption of building information management and modelling (BIM) technologies, by standard BIM platforms like Autodesk Revit to facilitate communication and coordination, and by specialised advanced BIM tools – like the set of Revit add-ons for curtain walls and panels developed by AGACAD.

Stuart Clarke, Façade Engineering Leader for Arup in the Middle East, notes that the industry is finally “harnessing the potential of software to imagine, design and define some spectacular building and façade forms [thanks to] tools that both simplify and enrich the process.” We are now in a world of multi-faceted building envelopes, where “projecting the identity for the development whilst creating comfort for those inside means that the walls and windows must work very hard.”

He too stresses collaboration: “To work successfully, we need to be masters of how the façade performs and its materials are used. And we also need to know how to bring these components together. Mindful of fabrication, erection, installation, financing and contractors’ and suppliers’ roles.”