Tagging elements in Revit is a relatively straightforward task. Revit has a range of default tags to offer and some basic functionality as well. You can even place tags automatically by chosen category. That is a great feature…until you need to adjust each tag on the drawings…keeping in mind that each drawing may contain dozens of them.

It’s an issue that Revit users commonly face. That’s why we developed and recently released a configurations-based solution for it. Introducing Smart Tags.

Smart Tags dramatically extends native Revit tagging functionality, saving you a lot of time during the documentation process. It can be used in combination with Smart Views and Smart Dimensions to take full advantage of automated drawing creation. Based on your criteria, you can preset what views will be created and how tags and dimensions will be applied. All this is done automatically once configurations are confirmed.

Where is Smart Tags?

How to set up collaborative Revit models & project standards

There are certain professional catchwords used in AEC offices, production facilities, and on sites. While they are supposed to get your cognitive problem-solving gears to start turning, they instead make you want to roll your eyes and go do something useful whenever you hear one of them.

One such word is efficiency – a word so overused that the only purpose it has left is to show how serious you are about the matter at hand. Still, we should try to rehabilitate and recapture its objective meaning because, let’s face it, efficient is one thing AEC professionals can agree that the design process should be.

What do we really want to say when we talk about ‘efficiency at the drawing board’ or ‘efficiency on the construction site’? From experience and having spoken with a fair number of architects, engineers, builders, manufacturers, and developers, the consensus is that efficiency is about reducing time spent modeling, scheduling, or inputting information and using it for solving problems instead. Because, to put it simply, a staff’s brainpower can be put to better use than filling in schedules. The people of an AEC outfit are capable of solving design, logistical, technical, and interdisciplinary coordination issues, so that’s what we want to free them up to do.

In this blog post I’m going to go through the key focus areas when it comes to managing BIM processes and Revit models and getting the most out of them. If you’re interested in watching a webinar on this topic, I hosted one in May 2021 that I invite you to watch.

AGACAD is proud to announce the release of Panel Packer, a powerful solution for planning out the sorting, packing, and loading of prefabricated building components in Autodesk® Revit®.

With digital planning and coordination at the forefront of every construction project, off-site prefabrication has become the norm for timber or steel framed houses and precast concrete high rises. Panelized construction in particular is widely used since panels can be designed and documented in a 3D/2D environment, manufactured in automated production facilities, and then transported to the building site.

And that is where our Panel Packer solution for Revit comes in, to help you stay a step ahead in planning all aspects of logistics.

Working with volumetric massing in the early phases of a new project benefits all parties involved, like designers, developers, planners. It helps convey the key ideas behind the design intent and better understand the relationships between the new building, the site, and immediate built environment. Wouldn’t it be handy to be able to build your project on the finalized and agreed upon volumes of the future building? In the third part of this Revit Massing series, we’re going to discuss how you can continue modeling from the conceptual massing stage right through to detailed design and also be able to coordinate it with other consultants involved in the project.

Common Types of Roofs & How to Model Them in Autodesk Revit

Designing roofs in Revit can pose certain difficulties particularly for users less familiar with roof modeling tools. Creating exact roof geometry and size for a new build or modeling an existing roof to given dimensions is not always straightforward. If we follow some key principles, however, we can model quite a few roofs simply by using Revit’s ‘Roof by Footprint’ tool. For more complex roof profile shapes, ‘Roof by Extrusion’ is typically used, which we will cover in future articles. Other ways of creating roofs are 3D massing using the ‘Roof by Face’ tool, which allows you to come up with a greater variety of complex roof designs, and In-Place Massing or Mass Families, which allows you to design irregular roofs and tensile roof structures.

For now, we’ll focus on some of the more common roof types used for small-scale residential, commercial, and industrial projects.

To create a simple hip roof with the ‘Roof by Footprint’ tool, follow the steps below.

In previous articles we have discussed how to create an In-Place Mass and Mass family and shown how to efficiently generate Revit elements upon massing. Now we’re going to take it one step further and demonstrate how to begin with a project concept and finish off with fully framed elements and drawings in less than 30 minutes using AGACAD’s Wood Framing Wall and Metal Framing Wall BIM Solutions. 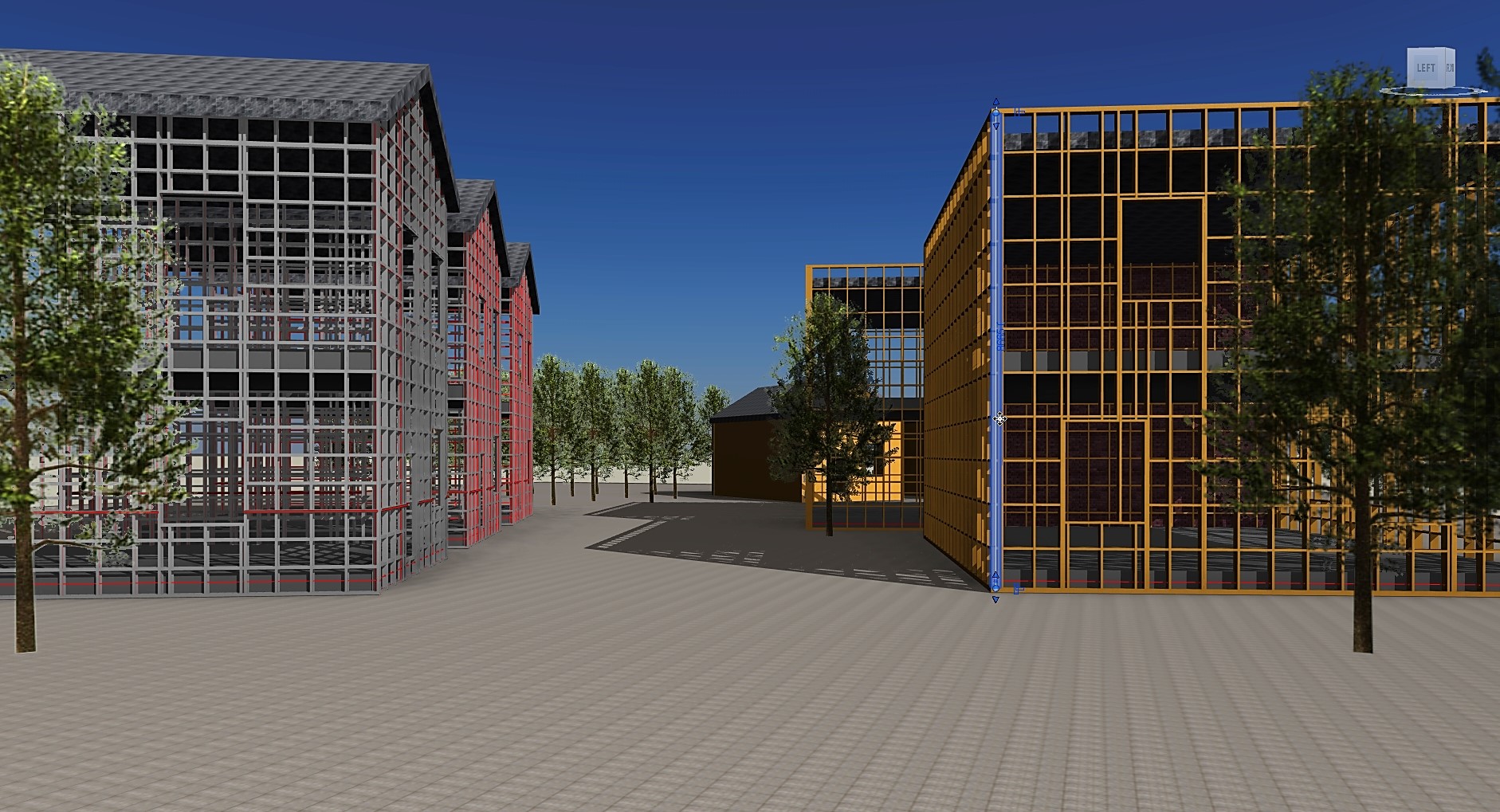 At the outset, it’s important to set out your massing accordingly. The more details you have, the better. Sizing and number of levels is a good place to start sculpting volumes. Generally, volumetric massing is widely accepted as a primary means of early stage building design. Using mass blocks to define a building’s future shape, size, space quality, and design features is a standard method of tackling a new project at the conceptual design stage. Revit has a great tool for massing at a detailed level, i.e. a fixing (fastener) or a detail that is part of a larger assembly. It also works great with large-scale massing, i.e. clusters of buildings or an entire masterplan.

Ok, let’s do it. From concept to framing to drawings in under 30 minutes.

END_OF_DOCUMENT_TOKEN_TO_BE_REPLACED

How can roof design and manufacturing processes be improved by automation? [VIDEO added]

Roof design in Revit®, whether steel or timber, poses certain difficulties to this day. It’s a process requiring high precision from the designing, drawing, and manufacturing points of view. On top of that, mistakes can easily sweep into the project at any stage. The continual advancement of modeling software brings much-needed speed and efficiency for architects and structural engineers. But how can we ensure smooth sailing right from the concept stage through to technical documentation and manufacturing? The key in every BIM or standalone project is to lay a solid foundation, i.e. to produce a rigid geometry using proper modeling techniques and have sufficient understanding of Revit’s functionality. 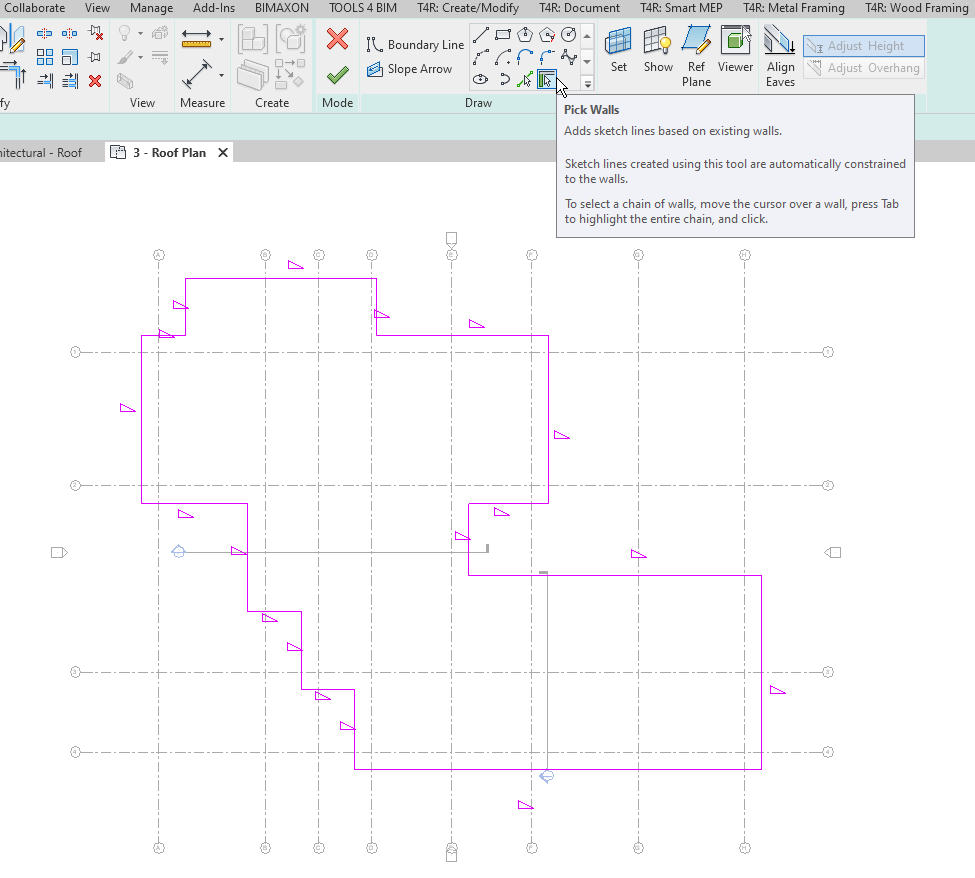 In the case of roof design, it’s important to model the roof in line with native Revit rules and constraints. For example, modeling a roof by picking already-existing walls is the best way to go (if possible – sometimes it’s not). END_OF_DOCUMENT_TOKEN_TO_BE_REPLACED

END_OF_DOCUMENT_TOKEN_TO_BE_REPLACED

From Conceptual Mass to Structural Framing with Wood/Metal Framing Floor

Volumetric massing has been widely accepted as a primary means of early-stage building design. Using mass blocks to define a building’s future shape, size, space quality and design features is a standard method of tackling a new project at the conceptual design stage. Real-life massing models are a great way to solve problems relating to volumes of a stand-alone building or an entire masterplan. As one of the most important architectural design considerations, massing can influence our perception of a building significantly. But how can the subtle sense of space be translated to the computer screen and still be convincing? 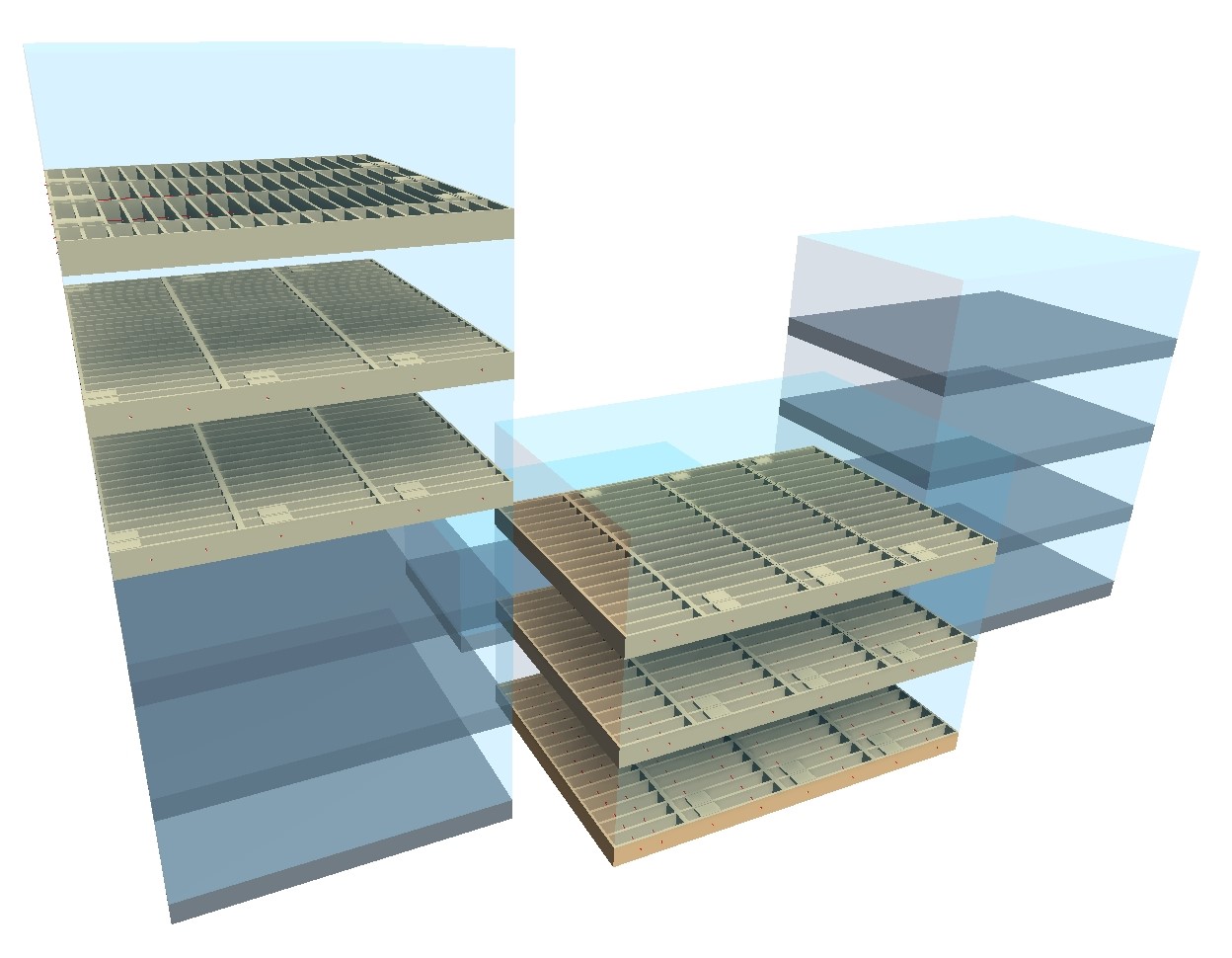 Autodesk Revit conceptual massing tools provide great versatility for generating masses of any shape and size. Revit’s massing tool is often a starting point for projects of any size. The architect first works at refining a mass of one or multiple buildings before going into detail. In the case of creating a mass from scratch, Revit offers a great tool – In-Place Mass. END_OF_DOCUMENT_TOKEN_TO_BE_REPLACED

Autodesk® Revit® massing is a powerful tool for generating masses that works at any scale, whether you’re at the conceptual level of a building, at the detailed level refining the fixings and furniture, or working on an entire masterplan. To be able to use this tool to your advantage you should know a couple of techniques. There are two basic workflows for creating masses: create the massing within the project itself (In-Place Massing) or create it in a separate conceptual mass family, which is then loaded into the project. Here’s a brief comparison of these approaches.

In-Place Massing is carried out directly inside the project environment.

On the other hand, a Conceptual Mass Family is built in the ‘conceptual massing environment’, outside of the project environment.